Do You Still Pay Debts After Christmas? Check Out How To Make a Christmas Budget That Will Rock The Christmas This Year 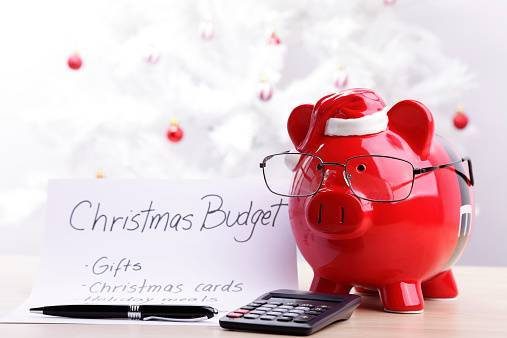 How To Make a Christmas Budget

Wondering how to make a Christmas budget? I’m in for you! Christmas is the most all-time celebrated festive season and people spend huge amount on Christmas expenses. The gifts, the extras, the vacation, outing, new wears and many more. Research has proven that most people fall in huge debts after Christmas and do you know why? They don’t spend Christmas on budget! You probably spend money blindly on Christmas without taking a second look at making a budget to track and control your Christmas spending, hence your indebtedness after Christmas. “January is too long” that’s what people say when their finances fall apart after spending blindly on Christmas which isn’t so!

Research has it that more than one trillion dollars is spent on Christmas holidays worldwide, which is huge multiple sum of money. Christmas celebrants can not simply absorb the pressure of it’s arrival on every social media handle. “Money can not buy happiness” that’s the trapping comparison people make in the festive season while accrue huge debt for themselves after the Christmas. This has made budgeting for Christmas a major priority, it’s assumed most of the Christmas expenditure are mostly always attempted to be paid after Christmas, which means people go for loans to meet huge Christmas expenditure! Others spending on cash-in-hand which later forces them to the season of hardships in January.

It’s time to plan for a debt-free Christmas by avoiding overspending while spending Christmas on a budget and that’s exactly what I’m taking you through how to make a Christmas budget. It’s now a priority to stay on budget for Christmas extras,gifts, home decor, food and all the fun on this season. Without your Christmas on budget, the season of celebration may call for a season for indebtedness, take note! You should spend on a budget you can afford and not an amount you want to spend, the latter will force you to spend overboard!

√ Stick to the budget amount you budgeted on, you could be derailed easily.

√ Don’t only depend on your finances to rock your Christmas, be creative to use your personal resource as well

How To Make a Christmas Budget To Rock Your Christmas

1. Decide how much to spend on Christmas

You should plan and decide(with your family) the amount of money to be spent on Christmas and you need to be objective and honest about this decision. The decision you make could save you from the season of debt (after Christmas). You need to decide on how much you are willing and able to afford. A good Christmas budget is one you can afford and not regret later, the real merry Christmas is when you still have enough money after Christmas..

Make a list of everyone you want to buy a Christmas present to including extras, home decor, food and drinks. Include on your list, gifts for unexpected visitors, last minute gifts and extra food! You must keep your list where you can access it easily. And don’t forget it’s that list which will measure your spending.

Like the list of shopping materials, you need to prioritize your Christmas spending. You should prioritize your money as well as your time spending, know where to be at a stipulated time and how much to spend at a given time. Prioritize your list of gifts, presents and your list of activities by allocating amount and time. Take note to first of all prioritize gifts for your immediate family, kids and spouse.

You might be tempted to buy things on promotion and before that, ask yourself do you even need that? People like to buy cheap things they don’t need. Just stick to your list, if it’s not on your list then ignore it and pass! Not just because its cheap, don’t buy if it’s not in your wish list.

5. Avoid Spending Based On Your Emotions

Emotions rules decisions so avoid spending according to your emotions. Stick to your list of priority once you are done, don’t go guessing which gift or present is perfect, change your decision on shopping or make different choices either than your list. Emotions drives our money on what to purchased and the list could take you on and on until you control it with this budget. The list on your Christmas budget will take away the emotional tag so that you can have a controlled spending. Stop spending money on Christmas gifts once you have your list on the Christmas budget fulfilled!.

The Ghanaian Way: 10 Ways To Handle Money Securely In Ghana Without Losing It For Any Reason

How To Cut Cost At Home In Ghana,Take Note Of Number 6

Acquah Thomas Goodmanhttps://www.talkfinance24.com
I'm a writing enthusiast. I love to inform and educate people worldwide on personal finance. Educating people to attain their financial freedom is my major priority. Reach out to me personally on goodmanthomas8@gmail.com

9 Best Money Making Schemes That Are Actually Legal When we talk about the legal and best money making schemes, also on board are a...
Read more
Job Opportunity

99 Plus-One Ways To Make Money Easily Without A Job

99 Easy Ways To Make Money Without a Job There are easy ways you can make money without a job or a 9 to 5...
Read more
Savings

The Best Ways To Build Generational Wealth With Life Insurance

This site uses Akismet to reduce spam. Learn how your comment data is processed. 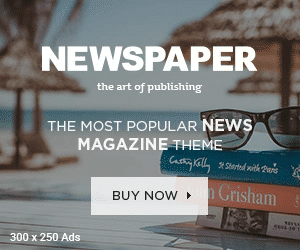 9 Best Money Making Schemes That Are Actually Legal When we talk about the legal and best money making schemes, also on board are a...
Read more
Job Opportunity

99 Plus-One Ways To Make Money Easily Without A Job

99 Easy Ways To Make Money Without a Job There are easy ways you can make money without a job or a 9 to 5...
Read more
Savings

The Best Ways To Build Generational Wealth With Life Insurance

10 Expert-Approved Tips For Retirement Planning (Before You Start Saving) When we talk about the expert tips for retirement planning, it's about taking smart risks...
Read more
Load more

TalkFinance24.com is your number one personal finance weblog source for all financial capabilities. We are a team of professional financial journals and researchers, taking you through online tutorials on how to work from home, become an online entrepreneur, how to turn your room into your office, and earn better worldwide. We’re dedicated to providing you the very best of financial tips, with an emphasis on the digital world.